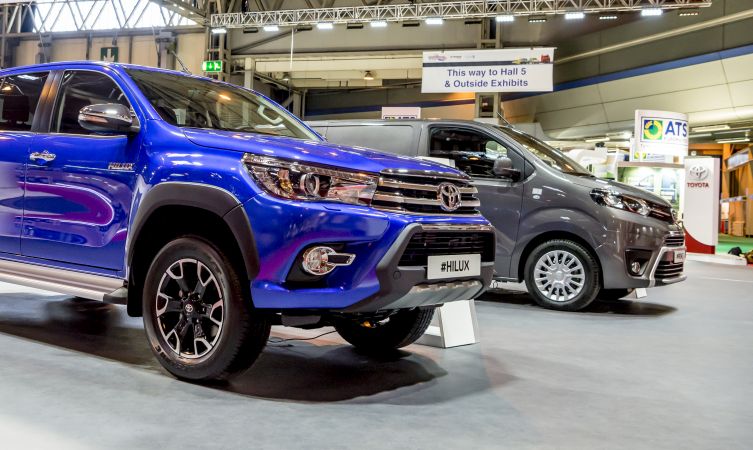 Toyota has announced a new five-year warranty for its all-new light commercial vehicle range in the UK, unveiled today at the Commercial Vehicle Show at the NEC, Birmingham.

The new package will be offered with the new-generation Proace Van, making its world debut at the show, and the all-new Hilux pick-up. UK specifications for the new models and the new Proace Verso large MPV are also being announced today.

David Hilbert, Toyota GB General Manager Vehicle Marketing, said: “Our decision to increase the warranty cover to five years reflects the faith we have in our all-new LCV range to perform superbly, and our commitment to giving our customers a great deal.

“We are proud of the reputation our vehicles have for long-lasting and hard-wearing quality, put to the test in extreme conditions around the world. By increasing the warranty protection, we can give owners even greater peace of mind and help protect the investment they have made in their vehicle through lower ownership costs and potentially improved residual values.”

The new UK warranty provides cover for five years or 100,000 miles, whichever comes first, with no mileage limitation for the first year. It mirrors the warranty that is currently provided for Toyota’s UK passenger vehicle range.