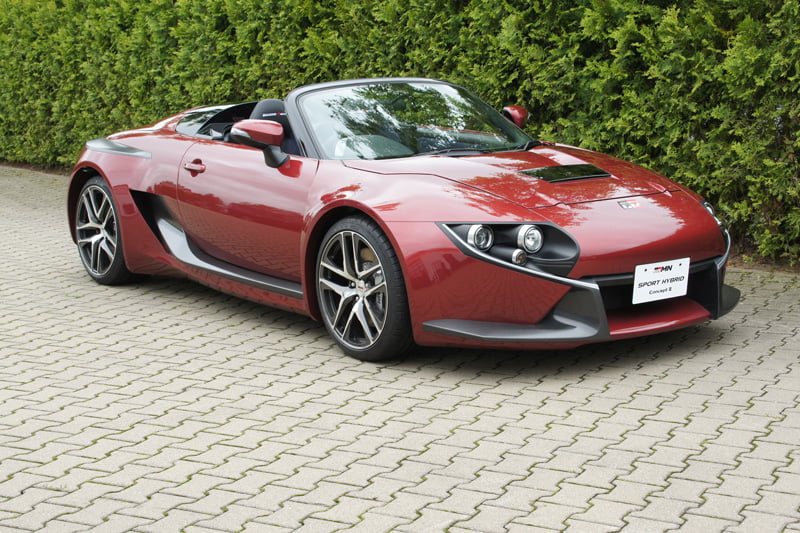 Toyota unveiled the GRMN Sports Hybrid Concept II, a convertible, mid-engined petrol-electric hybrid concept, at the 24 Hours of Nürburgring race in Germany in 2011.

The GRMN Sports Hybrid Concept II is an updated version of an MR2-based petrol-electric sports concept that was unveiled at the 2010 Tokyo Auto Salon and shown at that year’s Goodwood Festival of Speed.

Toyota launched the world’s first mass-produced petrol-electric vehicle, the Prius, in 1997, and has long conducted active research on applying hybrid technologies to racing and sports cars. This concept was the next step in the evolution of these efforts – click here for our picture gallery.

GRMN stands for ‘Gazoo Racing tuned by MN’. The latter initials stand for ‘Meister of Nürburgring’, referring to Hiromu Naruse (1944-2010), a TMC test driver and chief of the Gazoo Racing team.

To discover more about the development of the concept, click on the video below: