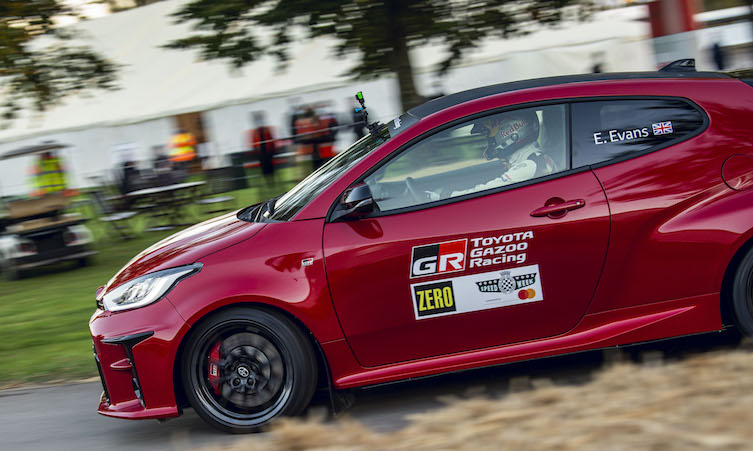 With Goodwood’s Festival of Speed, Members’ Meeting and Revival meetings cancelled due to the coronavirus pandemic, organisers have instead combined the best elements of all three events into a single interactive experience which can be enjoyed online – Goodwood SpeedWeek.

The event will run behind closed doors at Goodwood Motor Circuit over three days, Friday 16 October to Sunday 18 October (with some competitors getting a sneak preview of the newly designed rally stage on the evening of Thursday 15 October). All the action will be live streamed for fans to enjoy from home. Viewers will be encouraged to get involved via a host of interactive elements, such as competitions, live polls and virtual paddock tours.

What track action will occur at Goodwood SpeedWeek?

The headline races usually seen at the Revival will form part of the SpeedWeek bill, while the timed shootout format that usually forms the backbone of the Festival of Speed is also carried over. Competing cars will battle to complete one lap of the 2.36-mile circuit in the quickest time possible. With modern performance cars due to take part, there’s a chance that the outright lap record might fall during the weekend.

Another highlight of the event will be the high-speed parades of supercars of the kind usually seen at the Festival of Speed, while rally fans aren’t forgotten. Two special stages have been designed, using part of the race circuit but also sections of the perimeter roads around the West Sussex venue, including the access tunnel between the outfield and the infield. The rally layouts were recently christened by our all-new GR Yaris with rally test drive Kris Meeke at the wheel. Additionally, there will be a gymkhana-style event.

Which cars is Toyota bringing to Goodwood Speedweek?

As an event partner, Toyota Gazoo Racing will have a substantial presence at Goodwood SpeedWeek. As you can read in more detail here, the all-new GR Yaris will be one of the stars of the show. World Rally Championship driver Elfyn Evans is one of several big names scheduled to drive the 257bhp hot hatch on the rally stage and race track, along with Jari-Matti Latvala and the aforementioned Meeke.

Toyota Gazoo Racing UK with Ginsters driver Tom Ingram is another star name who will be present. Ingram, a race winner in the British Touring Car Championship this year, will hurl his race-prepared Corolla around the race circuit in the single-lap shoot-out contest.

Goodwood SpeedWeek will also host the debut of a new limited-edition GR Supra, limited to fewer than 50 units in the UK market. Further details will be announced later this year prior to its arrival in early 2021.

When to watch Goodwood SpeedWeek on television

The event will be shown live on ITV1 and ITV4 in two-hour broadcasts, with highlights programmes during the subsequent week. The times are as follows:

There will also be a dedicated SpeedWeek hub on Goodwood’s website which will offer a choice of two live streams: one concentrating on the track action and the other on the behind-the-scenes aspects of the event. When SpeedWeek is underway, the live stream can also be viewed on YouTube:

Don’t forget to check back to this blog for the latest Toyota updates from Goodwood SpeedWeek, and follow our social channels (ToyotaUK on Twitter, Facebook and Instagram) for the latest images from the event.