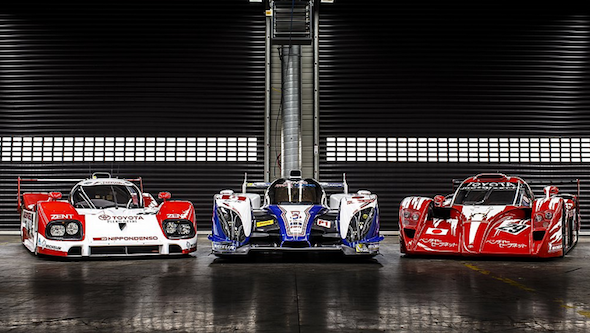 There’s just seven days to go until the Goodwood Festival of Speed begins for 2013 – and Toyota will be there in force.

The UK’s biggest motoring event begins on Thursday July 11th with the Moving Motor Show, before the main event, the Festival of Speed runs all weekend Friday July 12th to Sunday July 14th.

Toyota’s stand will once again be situated in prime position opposite Goodwood House, and will host a stunning collection of current, historic and concept vehicles.

The line-up will include a selection of GT86-based models, including the mighty TRD Griffon, the GT86 CS V3 race car, the special edition GT86 TRD and the acclaimed FT-86 Open convertible concept, in its UK debut.

A beautiful Toyota 2000GT will provide the glamour, while an AE86 Corolla GT Coupe, the spiritual ancestor to the GT86 will be decked out in classic Team Toyota GB BTCC livery.

On top of all that, Toyota’s three Le Mans cars – the current TS030 Hybrid, the TS020 GT-One and the original TS010 – will brought together in public for the first time at the festival, driving up the famous hill. See our latest images of the cars here.

Members of the Toyota Hybrid Racing team including Anthony Davidson will be appearing at the stand each day to meet fans, as well as previous Toyota racing legends.

We’ll be there too, providing live coverage of what happens each day of the festival on Twitter at @ToyotaGB and on our Facebook page, so stay tuned!

Take a look at this video, shot at the 2012 Goodwood Festival of Speed on-board the TS030 Hybrid as it went up the hill.