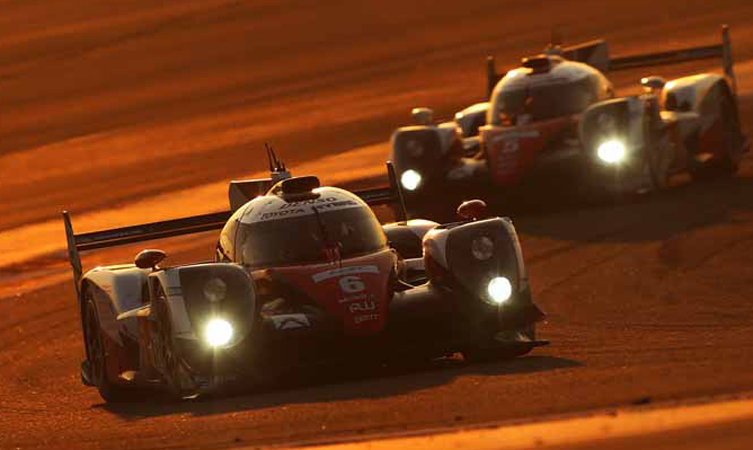 Toyota Gazoo Racing experienced a disappointing end to the 2016 FIA World Endurance Championship in the 6 Hours of Bahrain on Saturday.

The #5 TS050 Hybrid of Anthony Davidson, Sébastien Buemi and Kazuki Nakajima was the highest placed Toyota in fourth, making this only the third race this year in which the team have failed to score a podium finish. 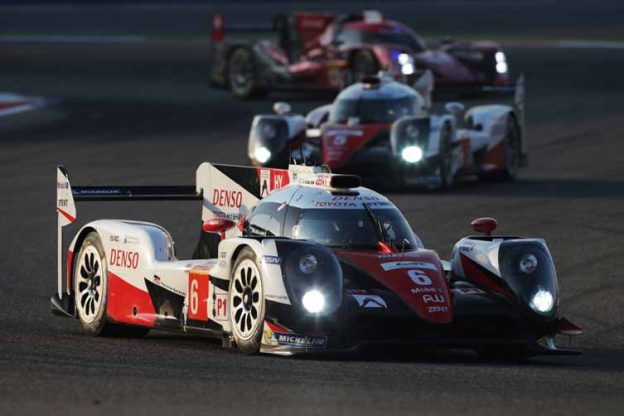 Mike Conway, Stéphane Sarrazin and Kamui Kobayashi in the No6 car started the race with an outside chance of the drivers’ world championship, but their fifth place was not enough to overhaul the #2 Porsche crew of Romain Dumas, Neel Jani and Marc Lieb. They finished a creditable third in the standings, 15 points behind the champions; their #5 car team-mates were eighth, following a season struck by a run of bad luck.

Toyota’s final tally from the nine-race season is one win, seven podiums and 229 points, securing it third place in the manufacturers’ world championship. 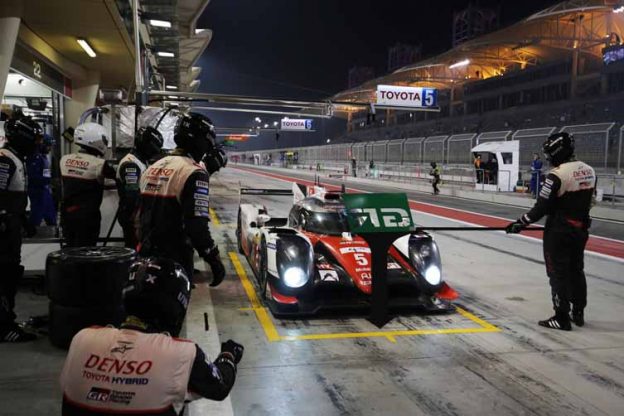 After the race, Davidson said: “It’s a sad way to end the season but it’s not been a great year for our car, so I am pleased to see the back of it. I want to say congratulations not only to the Porsche #2 drivers but also to Audi. It was a very impressive display which sets the standard for next season.”

Conway added: “It was a tough day really. We thought it would be very close and we would be able to fight but Audi were so strong, it was impressive. Towards the end of the race it got really difficult with so much rubber stuck in the front of the car; I lost a lot of front grip. The team has plenty to be proud of this season so we will look back on the positives.” 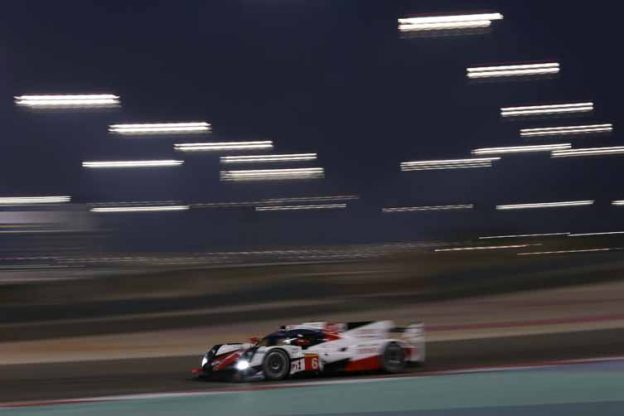 When the race got under way, Kobayashi in the #6 car fought hard with the #7 Audi, but could not stay ahead, dropping back to fifth just ahead of Buemi in the second Toyota. Around one hour in, a puncture for the #2 Porsche helped the #5 car to fourth as the sun began set, running ahead of the #6 machine. That order remained through the first half of the race, as track temperatures began to fall. Beyond the half way point the two Toyotas swapped position a number of times, both on the track and in the course of scheduled pit stops.

The #1 Porsche remained out of reach in third despite the best efforts of the Toyota drivers. At the chequered flag Buemi was fourth, a lap down on the winning #8 Audi, while Conway was a further 38 seconds back.

The team’s focus now switches to preparations for 2017 with an intensive testing schedule to fine tune an updated TS050 Hybrid in time for the opening race, at Silverstone on 16 April. The work begins this Sunday with a two-car test session in Bahrain in which promising LMP2 class driver Pipo Derani will be given the chance to try out the LMP1 Toyota as part of the championship’s initiative to nurture rookie drivers. 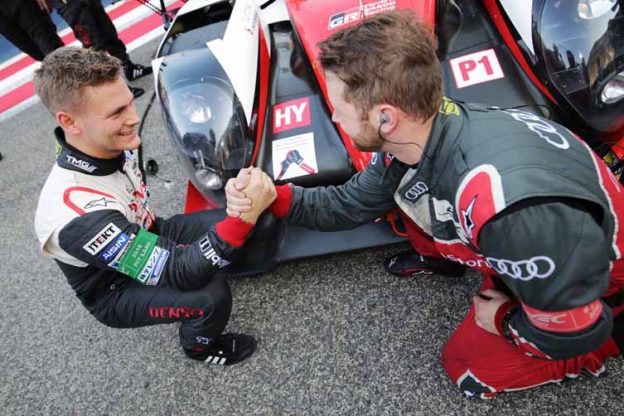 The weekend’s race marked Audi’s final appearance in the championship and the team marked the occasion by displaying farewell messages on both its cars and presenting a commemorative banner to Wolfgang Ulrich, the head of Audi Motorsport. 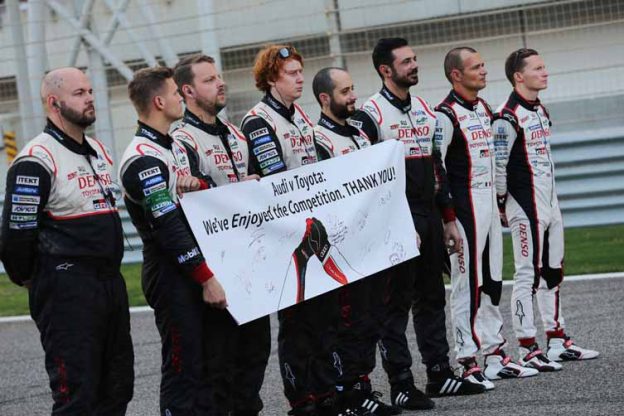