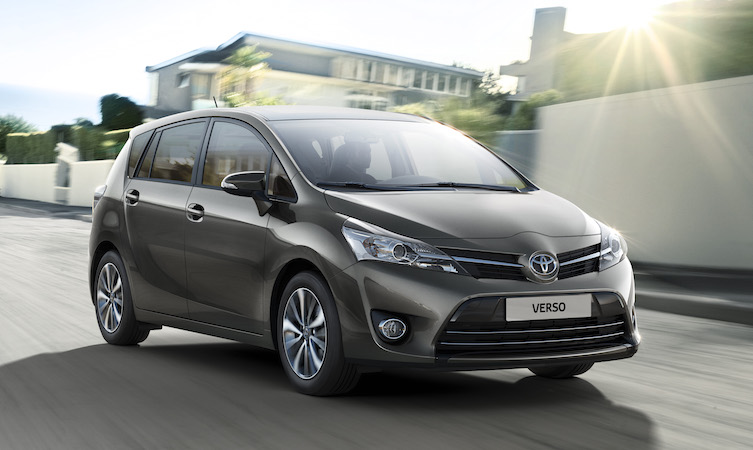 The flexible, family-friendly Toyota Verso MPV has been given a substantial safety upgrade with a package of Toyota Safety Sense active safety and driver assistance features being added to the standard specification of every model.

It’s part of a refresh for 2016 that includes a revised grade structure, new alloy wheel designs and a clutch of detail changes in the cabin.

Verso’s Toyota Safety Sense benefits include a Pre-Collision System that recognises an imminent impact with a vehicle ahead, triggering a warning to the driver and priming the brakes for extra stopping power the moment the brake pedal is pressed. If the driver fails to respond, Autonomous Emergency Braking is activated, automatically slowing the vehicle to reduce the force of any impact.

Verso further gains Automatic High Beam, which maintains excellent forward visibility when driving at night. It detects both the headlights of oncoming vehicles, and the tail lights of vehicles ahead, automatically switching between high and low beams to avoid dazzling other drivers.

The third Toyota Safety Sense element for Verso is Lane Departure Alert. This monitors lane markings on the road and helps prevent accidents and head-on collisions caused by a vehicle drifting out of its lane. If the vehicle starts to deviate from its lane without the turn indicators being used, the system alerts the driver with visual and audible warnings.

These features are in addition to Verso’s proven active and passive safety provisions, from its strong body construction, designed to absorb and channel impact forces away from the cabin, to the seven airbags, ABS, emergency brakeforce distribution, brake assist, traction control and vehicle stability control that all come as standard. 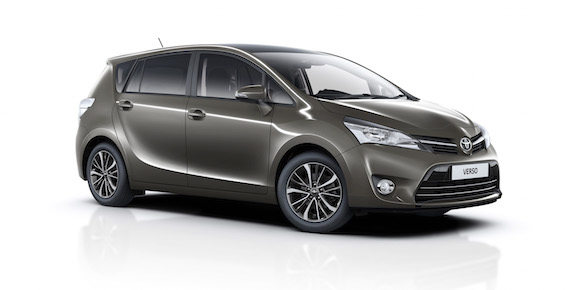 Verso is available in a new Design trim, alongside the established Active, Icon and Excel specifications.

Available with the 1.8-litre Valvematic petrol engine with automatic transmission and the 1.6-litre D-4D diesel, it comes with the Toyota Touch 2 with Go multimedia system with satellite navigation and reversing camera, rear privacy glass and a (fixed) panoramic roof. These are in addition to the standard features of Icon grade, including DAB tuner, dusk-sensing headlights, cruise control, automatic air conditioning, six-speaker audio and power windows front and rear. 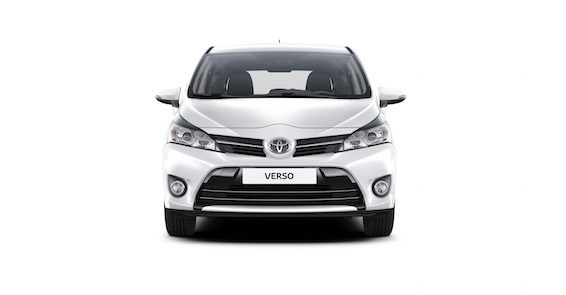 Icon, Design and Excel versions of Verso can be specified with an optional, high-value family pack that provides two rear seatback screens with integrated DVD players and leather seat upholstery (first and second row seats) for £1,995. Other entertainment system combinations are available as stand-alone options, including permutations of master and slave DVD screens and single or double iPad docks.

New alloy wheel designs feature on the 2016 Verso – 16-inch for Icon, 17-inch for Design and 17-inch with a double-spoke arrangement for Excel, with an Anthracite dark grey finish. The colour choices include a new Platinum Bronze shade. 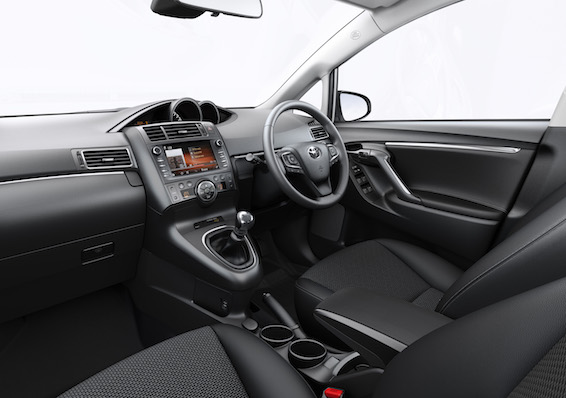 In the cabin there is a new leather-trimmed steering wheel with integrated switches for hands-free phone use and other functions. a new gear shift design and a new=look cloth upholstery for Icon and Design models. To free up more boot space, the tyre repair kit (when specified) has been relocated to the underfloor storage compartment behind the driver’s seat.

The Toyota Touch 2 system adopts a larger, seven-inch display and, where satellite navigation is specified, an improved interface for easier, more intuitive operation.