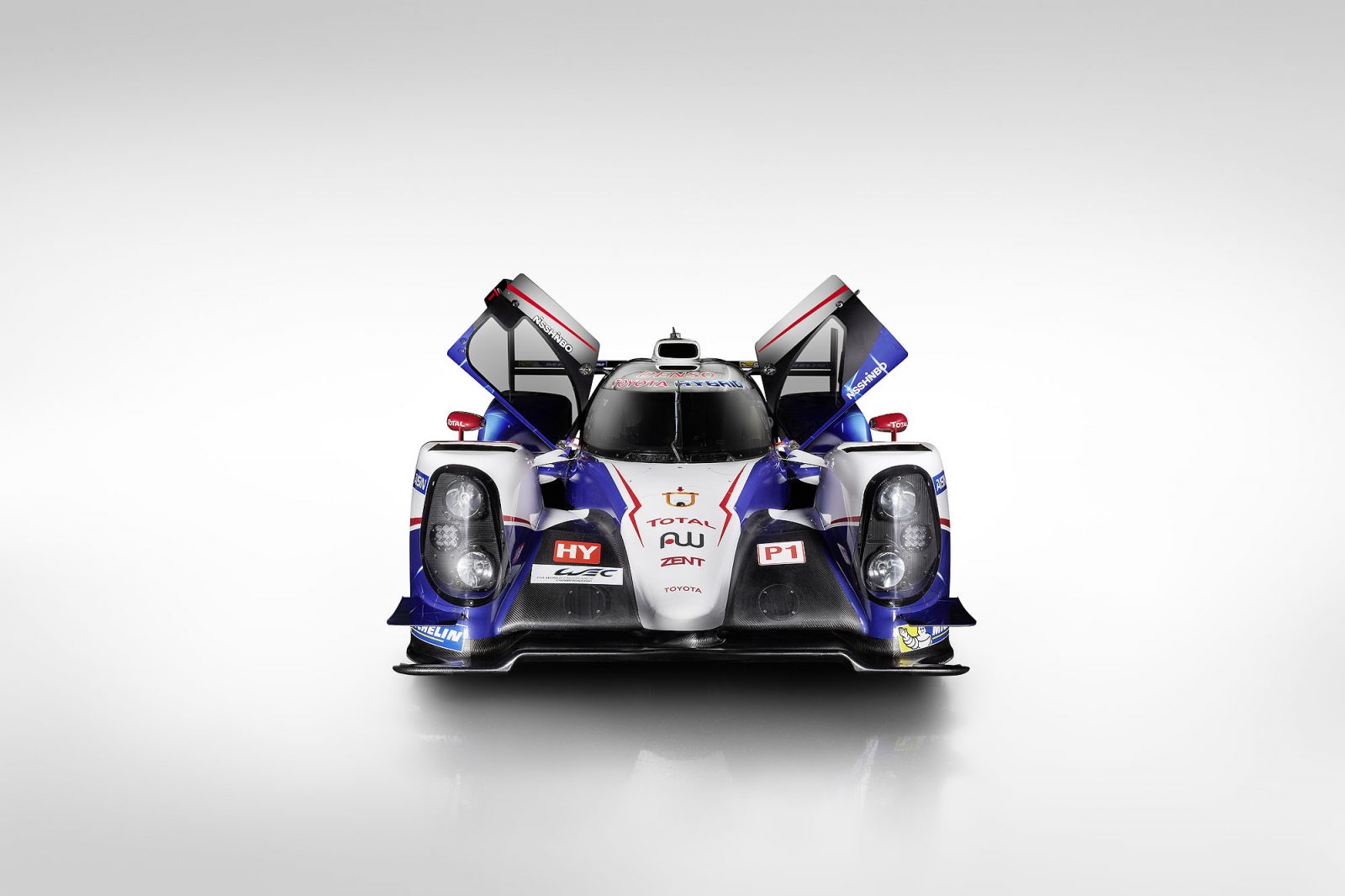 The headline selling point for the cars this year is that they go as far and as fast as in 2013, but on 30 per cent less fuel. An increase in hybrid power has led to Toyota Racing’s TS040 claming its own headline figure of 1000PS – nearly 1000bhp – for limited times around the Le Mans circuit.

This is the third year of Toyota’s programme, and the first time that it has started the season on its prescribed schedule. In 2012, it was forced to step up from a test programme with one car to a race programme as Peugeot withdrew unexpectedly in January of that year. In 2013, Toyota Racing moved up to a two-car team when the schedule and budget was originally for one car, but was still able to run Audi close at Le Mans in June, finishing second (see video below). This year, Toyota Racing is running two cars, and is expecting this to be the first of three challenges for overall victory at Le Mans.

The new-for-2014 regulations also stipulate that the cars must be 45kg lighter than in 2013, be safer due to better side impact protection, use smaller tyres, a narrower chassis and a new marshaling system that will, hopefully, reduce the need for a safety car in the event of an accident at one part of the course.

Aerodynamically, the cars are more efficient to help with fuel consumption. Engines have been tuned to run leaner, producing their power on less gasoline or diesel according to which fuel has been chosen. An extra gear is introduced to help keep the revs down. Everything about the car has been tuned for fuel efficiency.

However, it is complicated electronics in which major performance gains can also be made. Fuel consumption is limited per lap – anything under the absolute limit means that the car will lose performance (although strategically this can be made into an advantage); anything over the limit and there is a time penalty. Getting the calculation correct, regardless of temperature, track condition, traffic and weather is a logistical minefield.

Each of the competitors competing in the LMP1 (Le Mans Prototype) category have chosen different engines, fuels and storage systems for electrical energy. Toyota has chosen a gasoline-powered, normally aspirated engine with a super-capacitor hybrid system that can store up to 6 megajoules of energy. Because they can store and deliver power very quickly, super-capacitors have an advantage over battery and flywheel storage. Every time the driver lifts off the throttle or hits the brakes, energy is stored in the super-capacitors, ready for delivery to the wheels when required. However at Le Mans, the hybrid system is also required to help brake the car from over 200mph three times per lap.

To say that this is the most complicated racing car that Toyota has ever built is no understatement. The electronics and energy management strategies are extremely advanced, married to more conventional engine and aerodynamics. The combination has already delivered two race wins for Toyota Racing in the 2014 World Endurance Championship, at Silverstone in April and Spa in May. The Japanese manufacturer will be aiming for its third win in the World Endurance Championship at Le Mans in June.