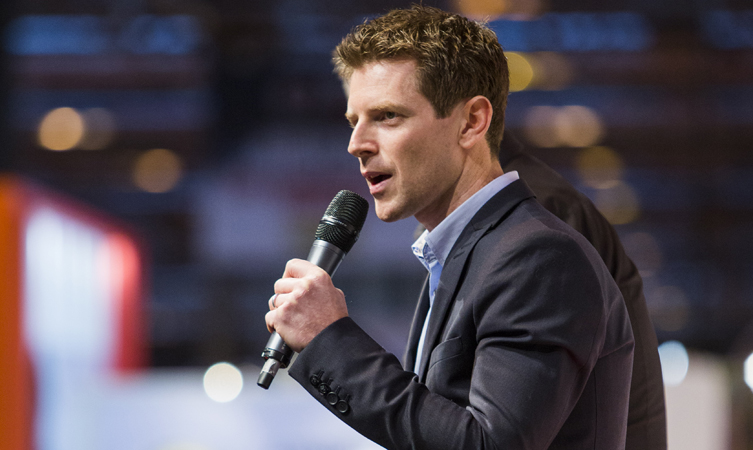 Along with teammate Sebastien Buemi, Anthony Davidson is the 2014 World Endurance Champion. He was part of the two-car team that scored Toyota its WEC manufacturers’ title. And for 2015, he’d love to go one step further and win the prestigious 24 Hours of Le Mans race for Toyota.

Toyota dominated the 2014 WEC season, with Davidson and Buemi winning the drivers’ title at the penultimate race of the season in Bahrain, while the team wrapped up the manufacturers’ championship at the season finale in Sao Paulo, Brazil. 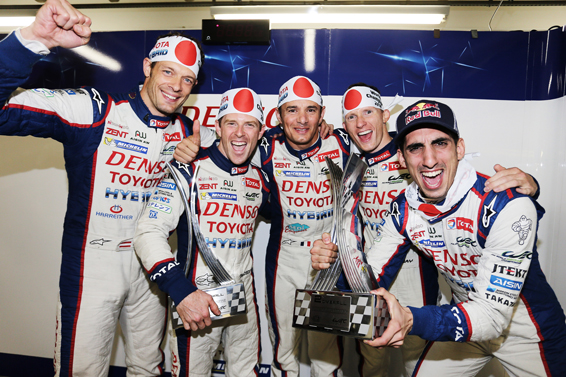 So for Davidson, it was a proud moment when he walked onto the Autosport International show stage at the NEC last Saturday as a world champion.

“It’s great to come here as a world champion, succeeding in the category that I really wanted to win in since leaving F1,” he said. “I’ve won big single events in sportscars, but to wrap up the championship last year was something really special. It was a job well done and now something to build for in the future as well.”

The 2014 WEC season was amazing for Toyota. With the sporting regulations’ focus on efficiency, Toyota’s technology triumphed. The TS040 Hybrid racecar won five of eight races, claiming four pole positions, 12 podium finishes and four fastest laps along the way. This was no easy task given the quality of the opposition, up against the likes of Audi and Porsche.

“The car was incredibly reliable the whole year and was fast when we needed it to be,” continued Davidson. “The guys at Porsche gave us a hard run for our money come the end of the year and they did a great job in their return to sportscars, so we are expecting them to be a very strong competitor this year.

“And we can never forget Audi as well. They are the kings of Le Mans. They are the ones that go into that race with a target on their backs and they really know how to win that race.

“It is building up to be a really strong season this year, with the arrival of Nissan as well. The WEC is a relatively new championship but it has a lot of energy. It’s good to be there as a driver.” 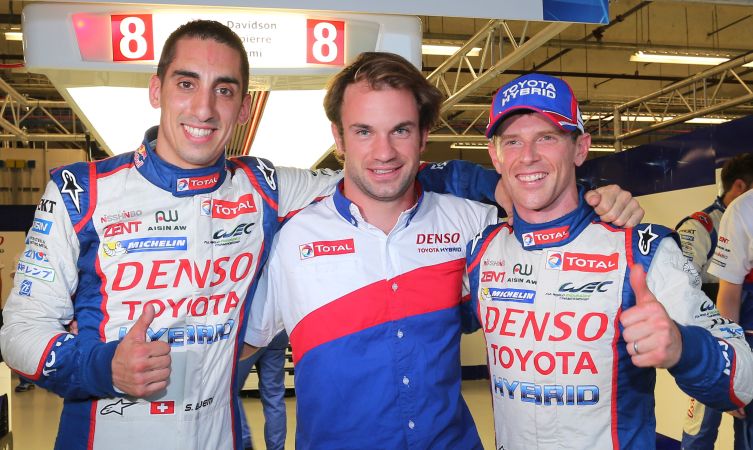 Nevertheless, the ‘blue riband’ event in the WEC calendar – the famous 24 Hours of Le Mans – is race that has so far eluded both Toyota and Davidson. The English driver would love to put that right in 2015.

“It was great to be the first circuit racing World Champion for Toyota in its history. That was a great achievement for Sebastien and I last year. But Le Mans still eludes us and I want to be the driver that wins that for them.”

Davidson has enough Le Mans experience to know that it’s not just about having the fastest car. As he says, you need the race to come to you.

“Hopefully this year can be our year, but it is one of those fickle races where to get through to the end of a 24-hour race at the best of times is hard work. You need a good handful of luck to stay with you throughout that event.

“We finished third there last year when it seemed like all hope was lost – we were in the barrier after just two hours and we had a broken chassis – yet we still managed to salvage a podium. It’s that type of race where you just have to stick with it and one day it will come to you.” 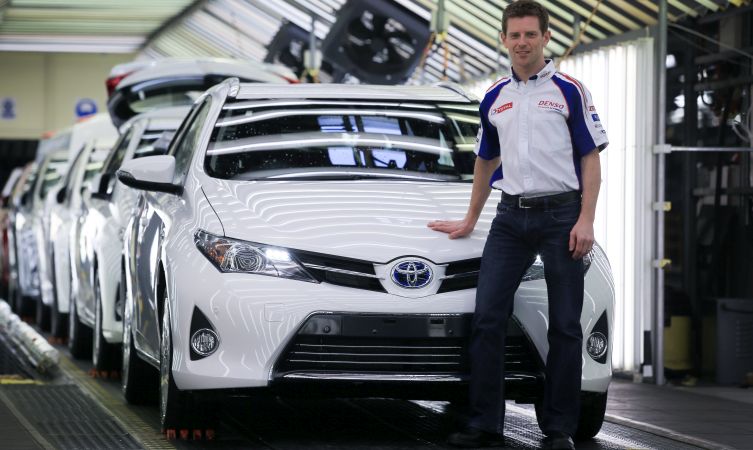