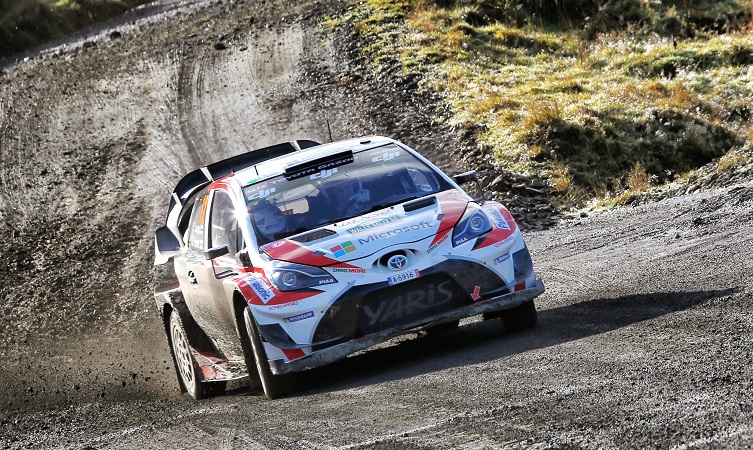 The Toyota Gazoo Racing World Rally Team faces its final challenge of the WRC season in Rally Australia on 16-19 November. Two Yaris WRC models will be put through their paces competitively for one last time by drivers Jari-Matti Latvala and Esapekka Lappi, ending Toyota’s research and development programme for the year. 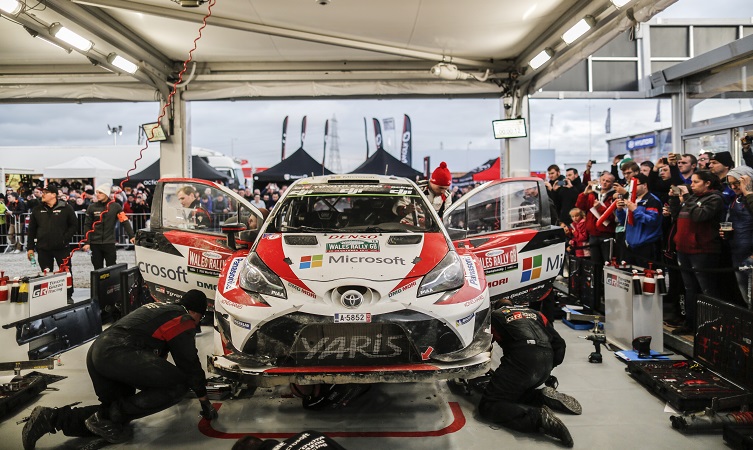 Tell me more about Rally Australia…

Officially known as Kennards Hire Rally Australia, the event is held in the state of New South Wales. Its varied gravel roads offer a combination of tight and twisty forest tracks and fast and flowing sections across open countryside. 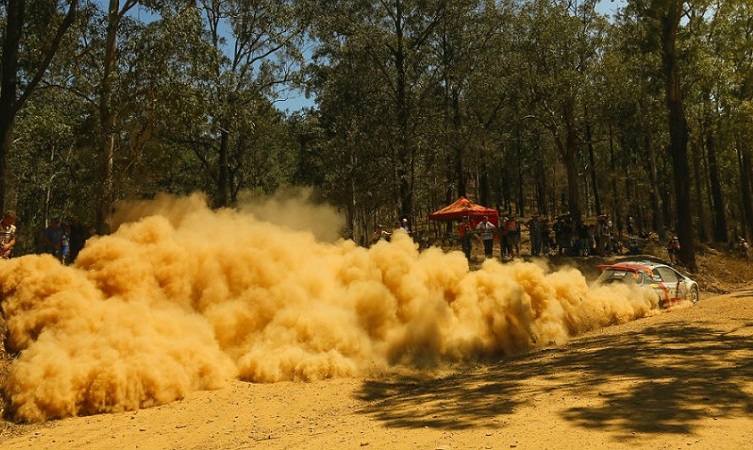 Canopies of trees line the roads in many places, and the low sun creates a harsh, strobe-like mixture of light and shadow across the course. If the weather is dry, plumes of dust raised by each passing car can also hang in the air to make visibility even trickier. Watch a preview of the event in the video below.

The service park is based in the coastal city of Coffs Harbour, located approximately halfway between Sydney and Brisbane. The rally begins just to the north on Friday morning with three new-look stages that are then repeated in the afternoon. Friday and Saturday end with two passes of a seafront super special stage on Coffs Harbour jetty.

The rest of Saturday’s action takes place to the south and includes the 49km Nambucca stage, which is separated in two for the afternoon pass. There are five stages on Sunday, with the second pass of fan-favourite Wedding Bells as the Power Stage. Watch a review of the 21 stages in the video below.

From shire countryside to sub-tropical forests and steep green hills laden with bananas, the Coffs Coast region is a beautiful location in which to hold a motorsport event. As a celebration of the country’s banana industry, the region’s popular Big Banana theme park includes the world’s largest inflatable water slide.

The stunning flora, fauna and wildlife makes this round even more spectacular – yet also more challenging – for many of the drivers. What will Jari-Matti and Esapekka be watching out for? Take a look at the video below.

Does Toyota have any history with Rally Australia?

Toyota has won Rally Australia on two occasions and in two generations of Celica GT-Four but with the same driver, Juha Kankkunen. The first was in 1989 in the ST165 Celica and the second was in 1993 in the ST185 Celica (see image below). However, these events took place on the opposite side of the country in Perth, Western Australia, as the rally has only been based in Coffs Harbour since 2011. 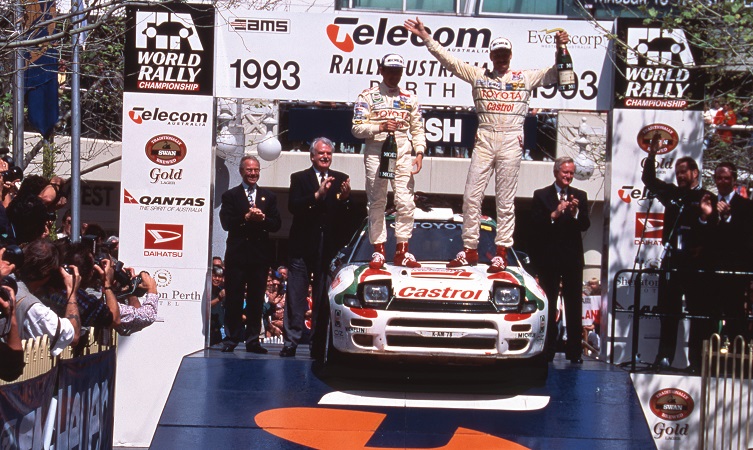 With regards to today’s Toyota Gazoo Racing team, Jari-Matti Latvala has competed in Rally Australia on six occasions – consecutively for the past four years, including two second-place finishes – and Esapekka Lappi did well there last year in WRC2.

Kaj Lindström, Sporting Director: “I’m very pleased that Tommi (Mäkinen, Team Principal) asked me to take on the role of Sporting Director. It’s a big challenge for me and I’m really looking forward to it. I’ve been around rallying for a long time as a co-driver, including this year with Toyota Gazoo Racing, so I know what happens during a rally weekend. 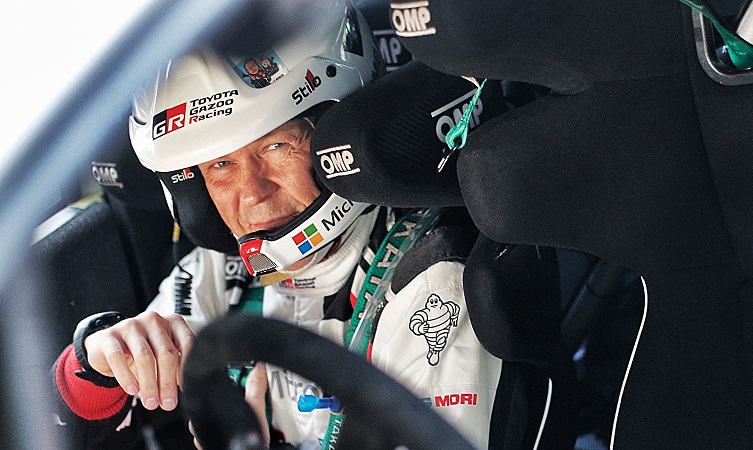 “The team’s preparation for Rally Australia has been good and I believe we can do well there. Jari-Matti has done it many times before, and Esapekka did well there in WRC2 last year. The weather forecast shows there might be some thunderstorm during the event, which could make things interesting.”

Jari-Matti Latvala (below left), driver Yaris WRC #10: “I’m really looking forward to Rally Australia. It’s a nice event to finish the year, usually in warm conditions and sunshine, while the stages are fast and flowing. This year there will be some new sections and parts that have not been used for a long time.

“On Rally GB we struggled slightly but I think the Yaris WRC should be well-suited to the stages in Australia. Personally, I want to go out there and really push for the podium, and if we could challenge for the victory that would be even better.” 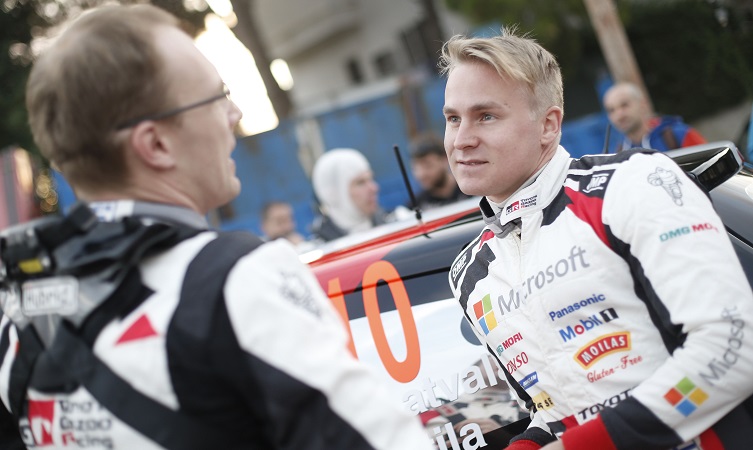 Esapekka Lappi (above right), driver Yaris WRC #11: “One of the main characteristics of Rally Australia is the loose gravel on top of the surface, so the first cars have to do a lot of road sweeping. Further down the order it should be better but it is really important to keep the car on the racing line.

“Another challenge will be tyre management. The second pass of the stages can be quite hard for the tyres, and if the weather is warm we will need to look after them. We weren’t so successful in Britain but it should be better for us in Australia. We certainly want to have a good season finale.”