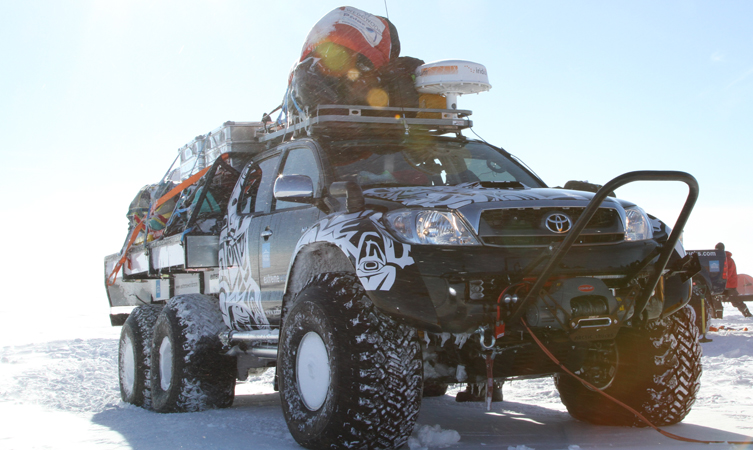 From the 2000 GT of 1967 to the gloriously simple Aygo city car of today, Toyota has created some of the most iconic cars in the world. But which ones do Top Gear consider to be the coolest? Here are the ones that have made it into Top Gear’s book of the 500 Coolest Cars Ever Made, in chronological order. 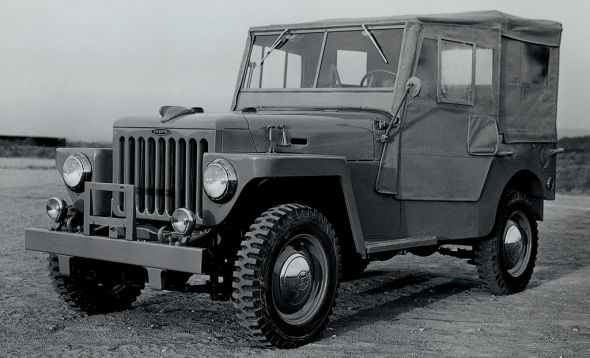 The original Land Cruiser was developed in response to demand from the United States Army for an all-conquering 4×4 for use during the Korean war. The Land Cruiser started life as the ‘Toyota Jeep BJ’ in 1953, before receiving the moniker ‘Land Cruiser’ in 1954, when full production began. The car’s distinctive name helped launch it into export markets.

Top Gear says: “The original Land Cruisers were astonishingly well built and can still be found in active service up mountains and in deserts around the world.” 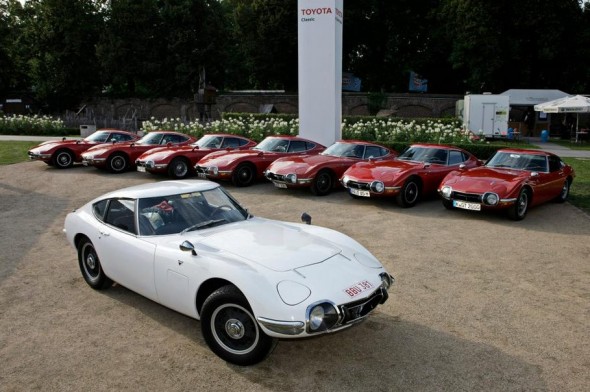 Top Gear says: “Hugely significant for being the car that made the world sit up and pay attention to the Japanese motoring industry; Toyota’s 2000 GT was a major national milestone. Gracefully shaped in aluminium and powered by a twin-cam, straight-six, this was a fast and fine-handling sports car that put the frighteners on Europe’s big boys.” 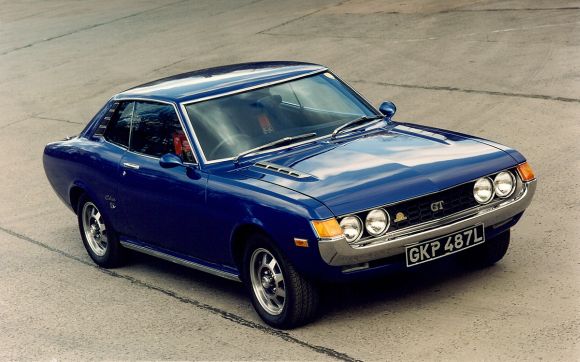 The Celica was launched in December 1970 and was the first Japanese car to use robots in its assembly. In Japan, the car was available with a choice of four T-series engines ranging from 1.4 to 1.6-litre capacities. – the most powerful unit was the 115bhp twin-cam 2T-G. From May 1971, European cars were equipped with two 1.6-litre T-series engines. Later in the car’s life, 2.0-litre and 2.2-litre R-series engines were introduced across all major markets and offered up to 145bhp.

Top Gear says: “Its styling had obvious echoes of contemporary American muscle cars but it was a small car with small engines and an accordingly small price tag. The Celica was a great drive though, and the 1600cc GT began what was to become one of the great rally success stories of the next three decades.” 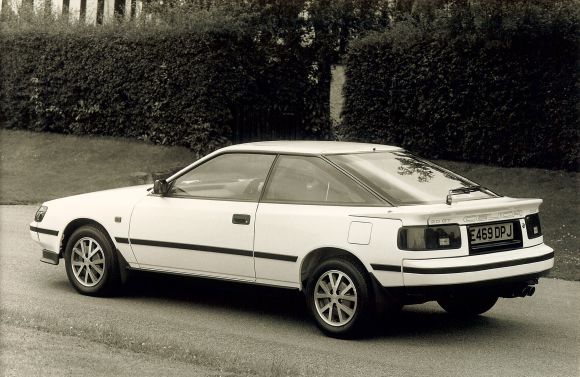 The fourth-generation Celica arrived in August 1985, but it wasn’t until 1988, when the storming 2.0-litre, 185bhp four-wheel drive ‘GT-Four’ variant arrived that the model began to enjoy the rallying success for which it is now famous for. The best results came in 1990 when Carlos Sainz won the driver’s title and Toyota took second place in the manufacturers’ championship.

Top Gear says: “The Celica GT4 ST165 appeared for the inaugural 1988 Group A season, equipped with four-wheel drive and the immense driving talents of Carlos Sainz and Juha Kankkuhen. Victories came thick and fast for both factory cars. In the right conditions, which were usually the wrong ones for all the other teams, the Celica seemed utterly at home.” 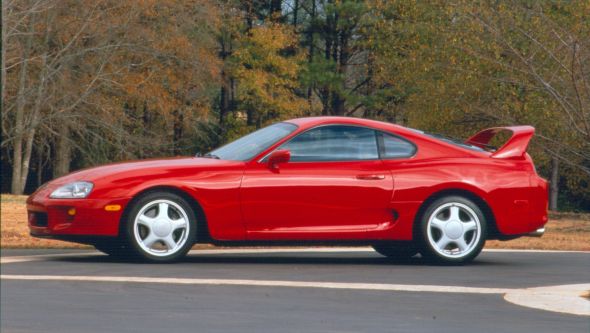 The fourth-generation Supra needs no introduction. Star of the 2001 street-racing movie ‘The Fast and the Furious’, it’s one of the most coveted Toyota models of all time. Unveiled at the 1993 Chicago Motor Show, the Supra was developed under the guidance of chief engineer Isao Tsuzuki and quickly proved a hit with the motoring press, taking on and beating cars twice its price, including the Porsche 911 Turbo (993) and the Aston Martin DB7. Testiment to the uncompromising pureness of the Supra is the little-known fact that the carpet fibres were hollow, to save weight.

Top Gear says: “A far more sculptural affair than the previous angular incarnations, the new Supra was attractive in a muscular sort of way, a facet bolstered by the availability of a 320bhp, twin-turbo V6 that was capable of sub-five second 0-60mph times and a top speed of over 170mph.” 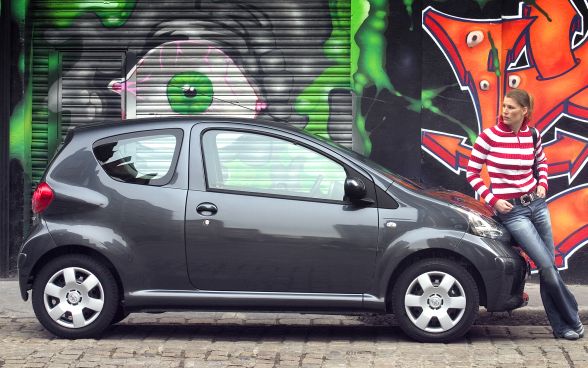 Arriving in 2005, the Aygo was a joint venture between Toyota and PSA Peugeot Citroën. The model was the first-ever A-segment Toyota, and under the bonnet sat a peppy 1.0-litre VVT-i  petrol engine that returned up to 65.7mpg combined cycle economy. Simple, fun to drive and superb value for money, over 300,000 first-generation Aygos had found homes across Europe by the time the second-generation model arrived in July 2014.

Top Gear says: “The Aygo was a blast to drive, with its low weight, skinny tyres and light, direct controls turning it into a modern-day Fiat 500.” 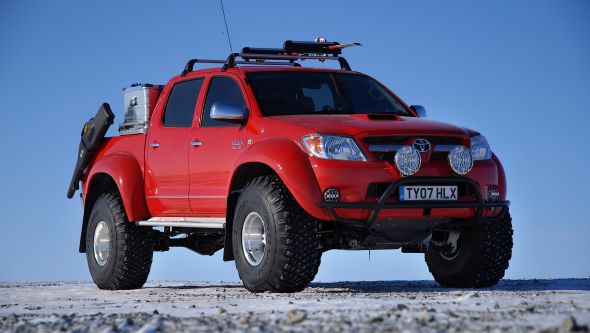 It’s survived Top Gear, it’s conquered an active volcano and has been driven to both the North and South poles – there’s only one Toyota Hilux, and its place in the cool 500 is well-deserved.

Top Gear says: “Top Gear has made much of the indestructible nature of the Toyota Hilux, having failed to drown it, crash it, crush it or burn it. Small wonder, then, that Jeremy and James turned to their road-going Rasputin when bidding to be first men to drive to the North Pole.

“Despite some genuinely grave scrapes and a few terse exchanges at the Hilux helm, the car and crew reached magnetic north in just under a week, the first motor vehicle in the history of everything to do so.” 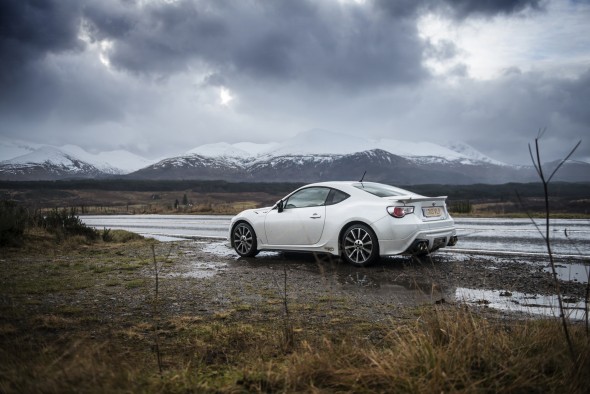 When the GT86 was launched in 2012, it was billed as ‘Officially the real deal’. But this tagline wasn’t without ballast, as evidenced by the praise that has been bestowed upon the car in the time since. Autocar said of the car: “The GT86 has altered the sports car genre. It is the performance car made relevant again; it is the new supercar.”

Under the bonnet is a 2.0-litre 197bhp boxer engine that is mounted low and as far back as possible to keep the centre of gravity low and optimize handling characteristics. Meanwhile, the suspension has been tuned to deliver instant response to the driver’s inputs, making it nimble and beautifully balanced, with brilliant grip levels from its limited-slip differential.

Top Gear says: “…the GT86 serves up not a new recipe but a classic on, cruelly neglected for a decade or two: lightweight, naturally aspirated engine up front, driven wheels at the rear…

“A car you can have fun in without approaching license-losing velocity? Time to party like it’s the early nineties…”

Further information about the current Toyota range is available on the Toyota UK website. If you would like to test drive any of our cars, leave a comment below stating your model of  interest and we will be in touch shortly.