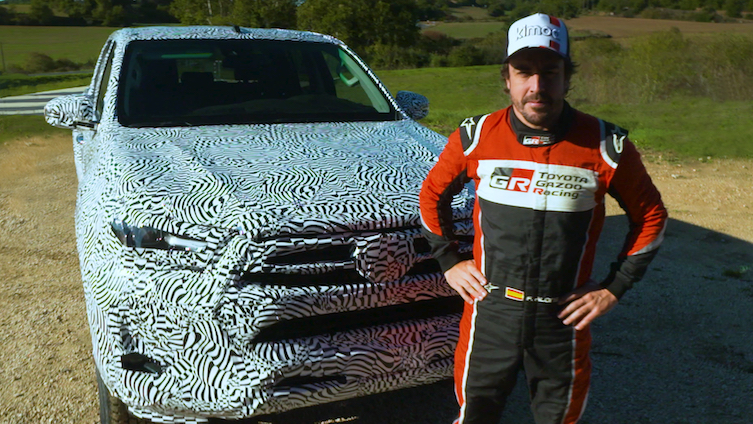 World champion driver Fernando Alonso had an early chance to experience the new Toyota Hilux, giving the latest version of the legendary pick-up a rigorous test drive during his preparations for the 2020 Dakar Rally.

Alonso and co-driver Marc Coma were able to push the new model to the limit, alongside their driving duties in their rally-raid-spec Toyota Gazoo Racing Hilux.

The latest version of the ‘indestructible’ Hilux is equipped with a new 2.8-litre powertrain and benefits from revised suspension geometry to maintain its reputation for world-class quality, durability and reliability.

Following the test on a gravel and dirt special stage, Alonso said: “Hilux is an icon and I’ve always been a fan. It was good to test the new Hilux in a challenging environment and to push it to the limits. The new engine behaves well and the new suspension feels great. Even when you push it, the comfort is still there.”

The test was conducted in collaboration with the rally team in the spirit of Toyota Gazoo Racing’s core philosophy of helping make ‘ever-better cars’.

Coma is a five-time Dakar Rally winner in the motorbike class and six-time FIM Cross-Country Rallies World Champion. Their first Dakar entry as a pairing resulted in a creditable 13th place finish earlier in 2020.

Further details about the introduction of the new Toyota Hilux will be announced shortly.