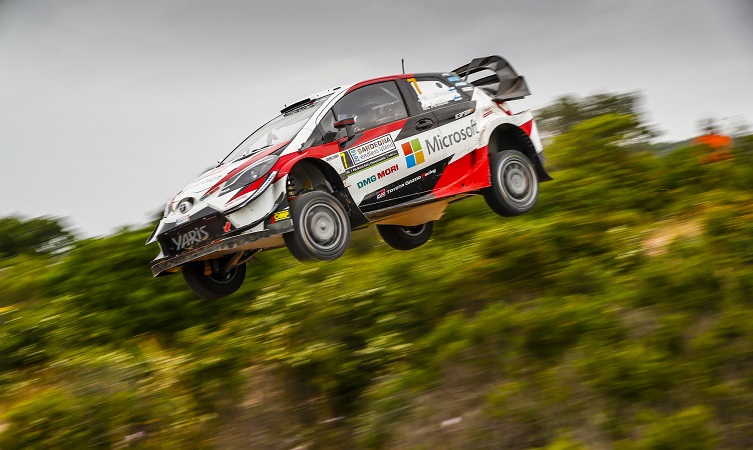 Rally Italia Sardegna represented the halfway point of the 2018 World Rally Championship. The Toyota Gazoo Racing World Rally Team was again aiming for a top result on the Italian island event, characterised by fast but narrow gravel tracks lined with trees and rocks. How did the team get on? Read on to find out… 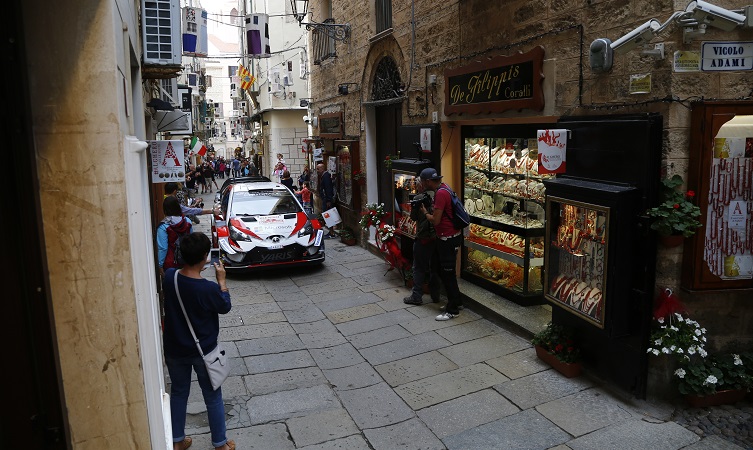 Review: The rally got underway with an evening super special stage at Ittiri. Lappi was sixth quickest overall, Latvala was eighth and Tänak tenth, with all three within 2.5 seconds of the lead. The following morning, the team completed a positive shakedown over a 3.34km route close to the rally base in Alghero. Latvala set the fastest time of all, with Tänak and Lappi joint third quickest, both within a second of their team-mate. 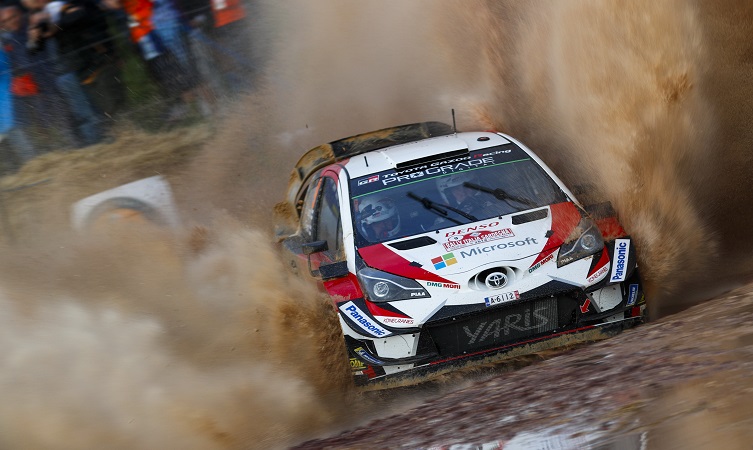 Jari-Matti Latvala (driver car 7): “During shakedown this morning it was raining, and I haven’t seen that here in ten years! Normally on this rally there is a large cleaning effect the further you are down the road order but I won’t have that advantage if there is heavy rain and the roads are wet tomorrow morning. The car is very fast and my feeling is good, so everything is ready for the start. I really want a clean event, and I’m sure if we can do that then a good result will come.”

Review: The day’s eight stages took place in unusually changeable weather. Tänak claimed a win on the third, maintaining his record of posting a fastest time on every rally he has contested in the Yaris WRC since joining the team. However, on the final stage Tänak was forced to stop after a heavy landing damaged the cooling system.

Meanwhile, Latvala enjoyed an incident-free day, winning the final test and moving up into third place, 4.4 seconds ahead of Lappi who suffered a puncture during the morning loop. Come the afternoon and Lappi leapt up the leader board when he was second quickest in both the Tula test and final stage. 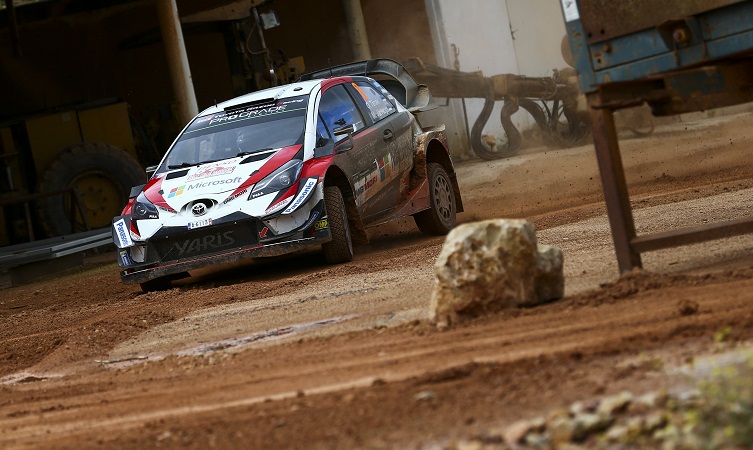 Ott Tänak (driver car 8): “On the final stage of the day we had a bad landing, which caused some damage to the car and forced us to stop. The impact caught us by surprise because we had driven this section of road four times and I always had the same approach. Therefore it’s difficult to explain why it happened. It’s a tough moment and a big setback. It makes our title chase really hard now but we will try.”

Review: Latvala completed the last of the day’s seven stages with a margin of 5.3 seconds over Lappi but was then unable to drive back to service due to an alternator problem. Meanwhile, Tänak was able to restart after the team worked into the night to repair the damage incurred in his heavy landing. Although he suffered a ten ten-minute penalty, Tänak climbed from 19th to ninth during the course of the day to move back into a points-paying position. 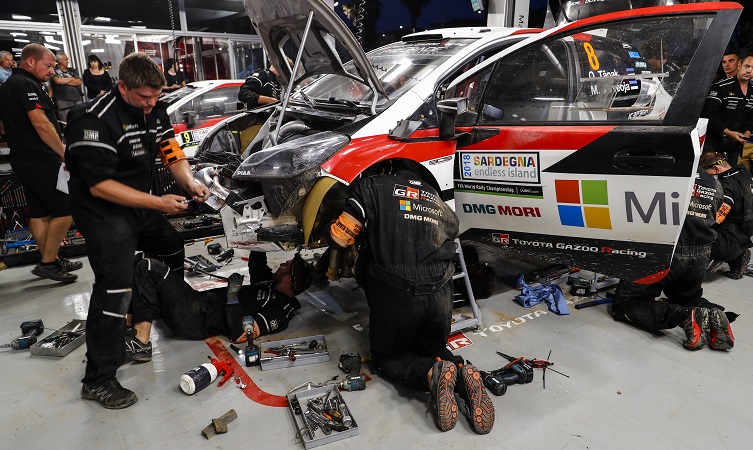 Tommi Mäkinen (team principal): “We saw a very good fight today between Latvala and Lappi, so what happened to Jari-Matti after the last stage was obviously disappointing. We are still investigating exactly what happened but we know he had low battery voltage when he got to the end of the stage. Lappi has been doing a good job and it would be great if he can finish on the podium tomorrow. Hopefully, Latvala can restart tomorrow, and it seems that both he and Tänak should at least be able to score some points.”

Review: Lappi began the final day with a margin of just more than a minute over the fourth-placed driver. This allowed him to take a cautious approach to the final four stages, securing the second podium finish of his WRC career by 58.9 seconds and achieving his target of improving upon the fourth place he managed on the same event in 2017. Team-mates Latvala and Tänak also scored points, having restarted the event under Rally 2 rules. 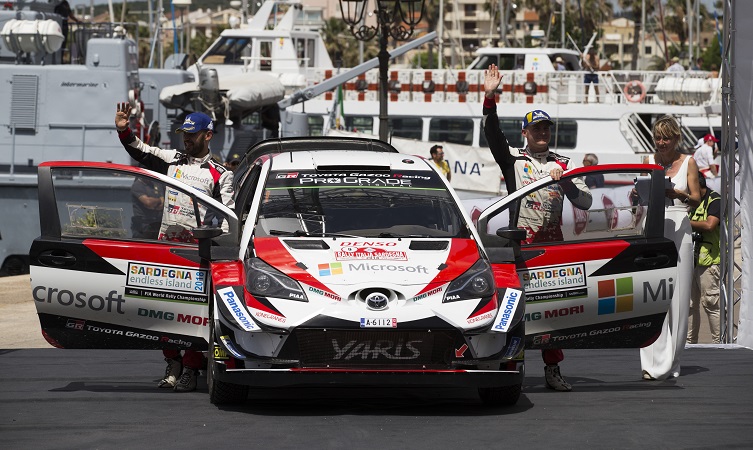 Esapekka Lappi (driver car 9): “Today was about bringing the car to the finish and to the podium. This is a really important result, both for my confidence but also for the team. I think we deserved a podium. We had opportunities to do it earlier in the season but I made some mistakes. Both Portugal and Sardinia have been quite clean rallies for me with a consistent performance, so I hope I can take this forward to Finland.”

The eighth round of the 2018 World Rally Championship is Rally Finland, which takes place on 26-29 July.