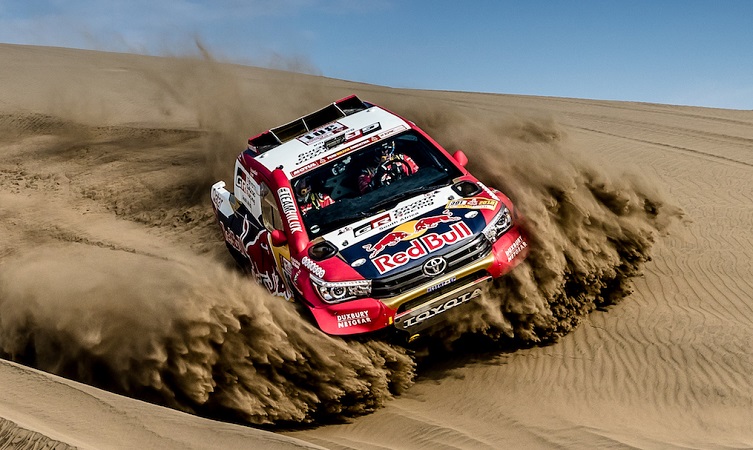 The 40th edition of the legendary rally raid has begun, returning to Peru for the first time in five years. New regulations have pushed the teams to develop tougher vehicles for this 2018 Dakar Rally, advancements that will increase the level of competition yet also help the drivers feel safer and calmer. How long that feeling lasts remains to be seen, as the rally is widely regarded as the world’s toughest automotive event. 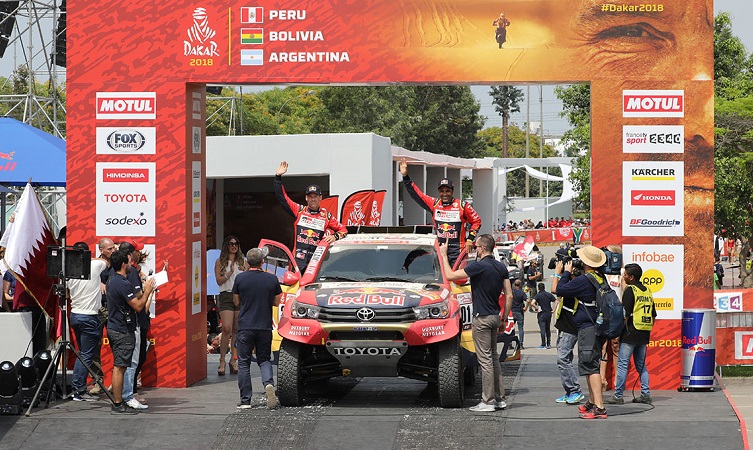 During the course of the raid we will publish weekly race reports detailing the activities of the two key Toyota works teams: Toyota Gazoo Racing South Africa (TGRSA) and its three Hilux models, and Team Land Cruiser Toyota Auto Body (TLC) with its two Land Cruiser models. Extra information will also be provided about some of the many privateers running Toyota vehicles. 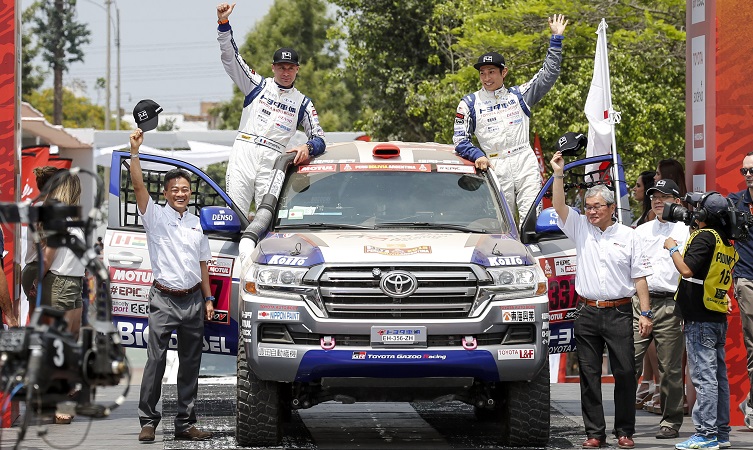 The competitors will face five days of sand dunes in Peru before tackling the high altitudes of Bolivia. Beyond that, the teams will face river crossings and terrain that will test the navigators to make adjustments on the fly and safely guide the drivers to the finish line.

In this first report we look at the opening few stages; the second will cover the bulk of the race; and the third will bring the event to its thrilling conclusion.

The opening stage challenged the teams to a 31km run over soft dunes near the Peruvian city of Pisco. Despite its short length, this stage can play a role in the outcome of the overall race because the winner has to open Stage 2 and leave tracks for everybody else to follow – even the bikes. 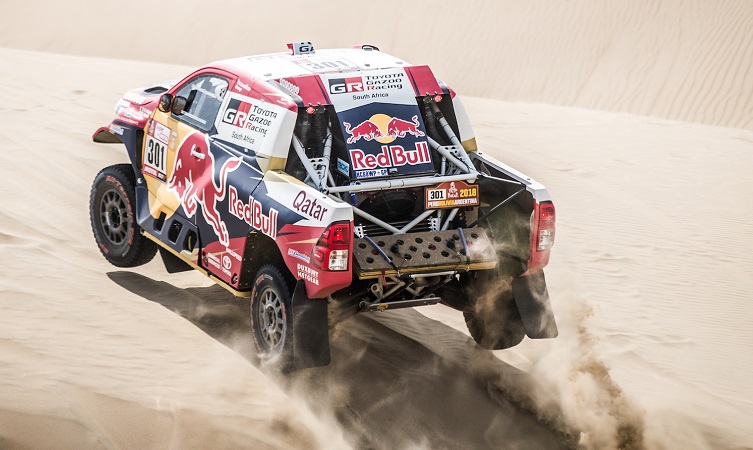 TGRSA driver Nasser Al-Attiyah made a perfect start and claimed first position in the #301 Hilux with a time of 21 minutes 51 seconds. But the Qatari driver (below) appeared unfazed at the prospect of opening the road tomorrow: “For me it is better to lead than to chase, and as it stands I have a little bit of time in hand now.” 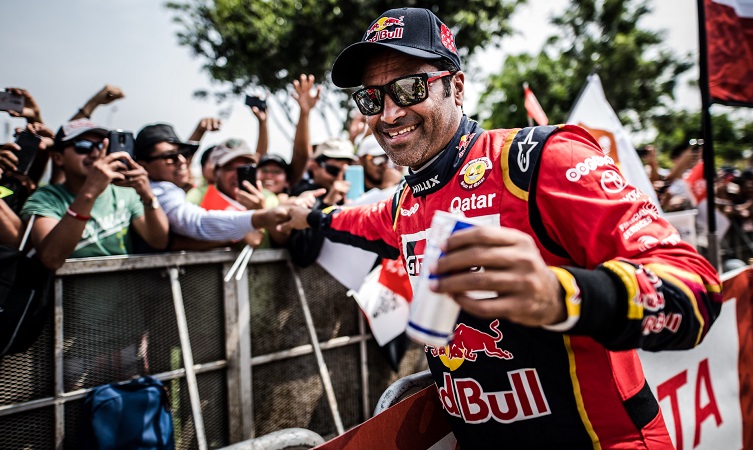 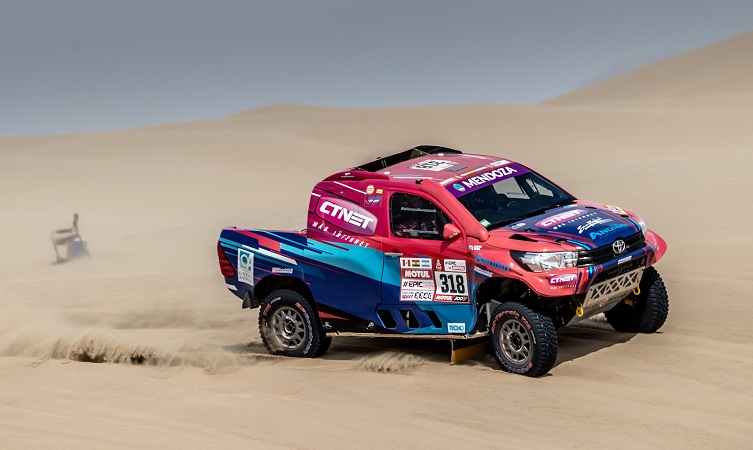 In the Production car category, TLC dominated the opening stage with the #328 and #337 Land Cruisers taking first and second place respectively. 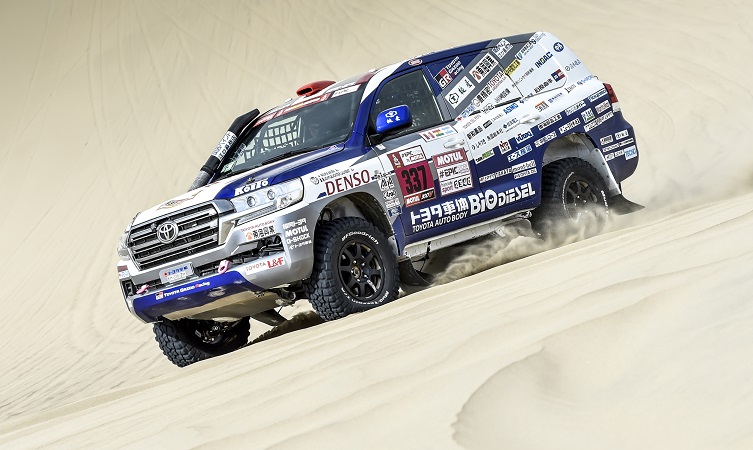 Despite the dream start, TGRSA principal Glyn Hall was quick to point something out: “We’re obviously very happy with the start – any stage win on the Dakar is a good one. But at the same time, it is impossible to measure performance against our competitors over such a short, strategic stage. [Tomorrow] will give us a much clearer picture.”

The first long stage quickly reminded crews why this race has the reputation of being the world’s toughest automotive event. The 06:00 start felt very early and the 267km route is entirely on dunes, but at least the stage was run as a loop, which meant the technical crews did not have to relocate.

Two-time Dakar winner Nasser Al-Attiyah had a tough time opening the road – a task that always makes navigation extremely difficult. But his best efforts were particularly hampered by navigator Matthieu Baumel falling violently ill mid-stage. Two unscheduled stops allowed Baumel time to recover but slowed their progress, dropping the #301 Hilux to seventh position by the end of the day. 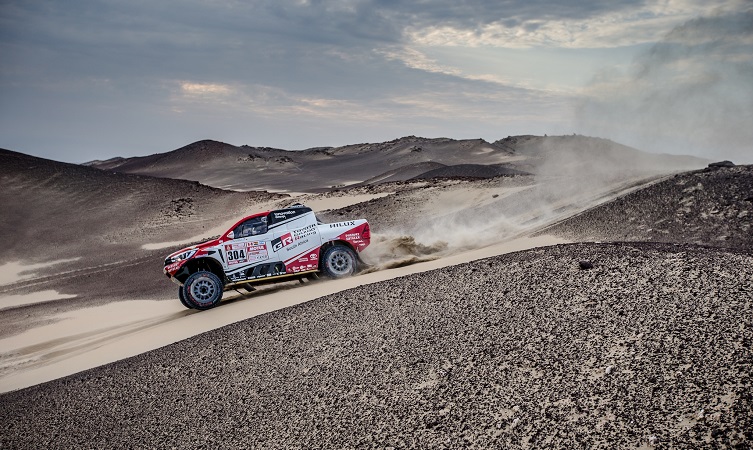 Fellow TGRSA team-mates Giniel de Villiers and navigator Dirk von Zitzewitz were the fastest of the Toyota Hilux crews, posting the fourth-fastest time. “It was really tough out there,” revealed de Villiers (below). “The dunes can be quite tricky in places, and finding your way is a challenge in these conditions.” 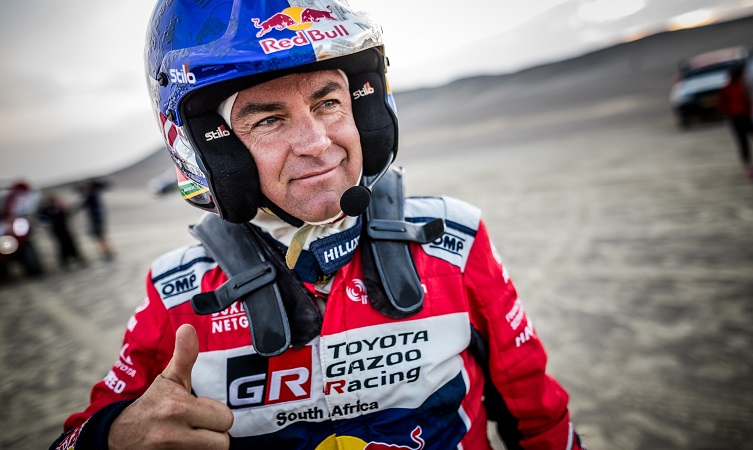 Bernhard ten Brink and Michel Périn enjoyed a clean run in the third TGRSA Hilux, battling through the difficulties of starting in second and getting beached on the top of a dune. The duo finished the day in ninth place overall. Less fortunate, however, was the Overdrive team. Despite starting the race in fine form, the privately-run team had to withdraw the #318 Hilux from Stage 2 after the car was damaged in a roll-over incident. 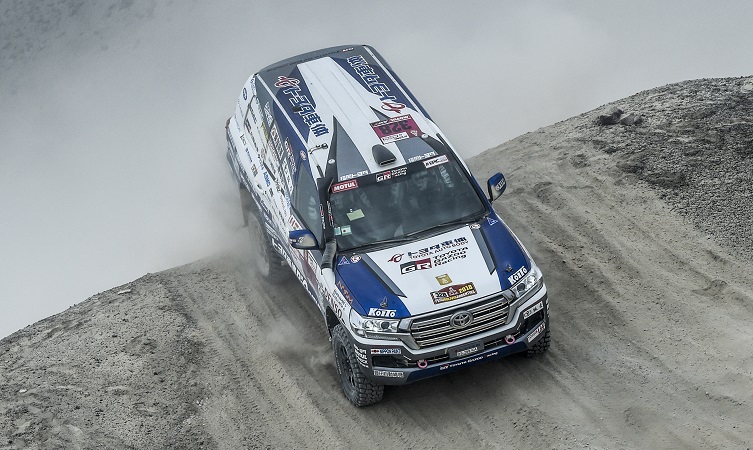 Even with some setbacks, the hard-charging TLC drivers were unfazed by the stage and once again finished in the top two positions in the Production category.

Look out for our second race report on 15 January, when the teams will be preparing to enter the final week in Argentina.